The following is a guest post from two members of the LAFORET VISUALS team, Justin Hamilton and Jon Carr:

Justin: A few weeks ago Jon and I were fortunate enough to get to play with the TS3Cine from Fastec Imaging, compliments of Michael Sutton (@MNS1974) and Rule Boston Camera. I had been looking forward to getting my hands on this camera, as I have a huge interest in high speed cinematography, and the form factor of the camera was highly appealing – as its similar to a DSLR (though a bit bigger), and allows for the same run and gun style of shooting.  The camera shoots 718 fps at 1280×720 resolution, which isn’t going to let you shoot for features, but it is more than enough for web, and is still adequate for broadcast television (many channels still broadcast in 720p).  Still, the TS3 Cine can produce a really nice image as it has the option to shoot DNG RAW, which gives you great room for color correction (Jon discusses this in greater detail below). 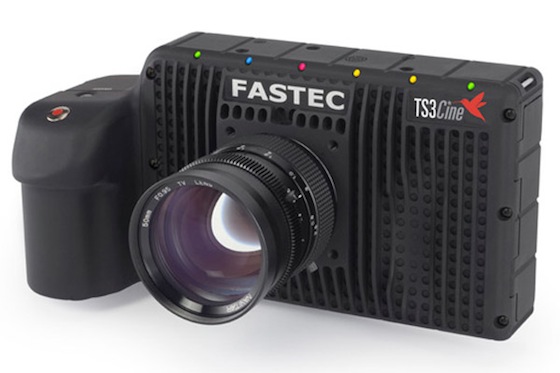 Given that we would need a lot of light to shoot something hi-speed, we decided to test the camera outdoors.  We called up our friend, Mauricio, who is an action sports shooter and has relationships with all of the skaters at the Venice Beach Skate Plaza – so skaters became our subject-matter.  It’s common with skate shooting to use wide angle lenses.  The TS3Cine model that we had in our possession was a PL mount, and we were able to use PL mount versions of the Zeiss CP.2 lenses.  Our widest lens was the 18mm with that set of lens (almost a telephoto by skate standards – many of these shooters use something in the range of 12-14mm, like the Schneider "Death Lens" to make sure they capture the trick and keep everything in focus.  The barrel distortion on a ultra-wide also helps to make the motion in tricks look more dynamic).  However, the TS3 has a smaller sensor, so there was a 2.4x crop factor contend with, which effectively made our 18mm a 43mm lens.  We also brought align the 35mm CP.2 in case we wanted to try something tighter (effective 84mm).  We found that we mostly stuck to the 18mm, but the 35mm did come in handy as we started to lose daylight because its a faster lens, with a T/2.1 maximum aperture, compared to the 18mm’s T/3.6 max. 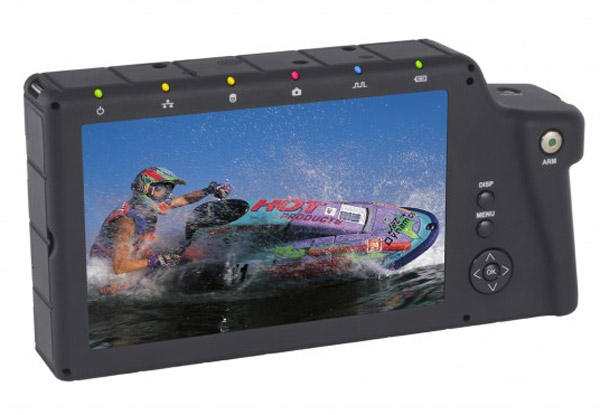 We set out to shoot for three different days from roughly 3:30pm to 6:30pm to capture the best quality of daylight so we could attempt to pull off some p.  Now, the TS3Cine has a very large 7" LCD screen built into the back of it, but in direct sunlight, it is somewhat difficult to see, so we mounted a Zacuto EVF to the top of the camera so we could see what we were shooting a little better.  This was helpful for framing up our shots, but the camera does not output the display signals out of the HDMI port – so we were unable to see the waveform monitor on the EVF.  Focus also continued to be a challenge due to the small screen size, so we really relied on the focus marks and measuring our distance to the subject (old school).

The focal length we were working with was also a challenge for focus, so we started our first day by shooting most of our shots statically.  Naturally we worried about capturing things in focus at an effective length of 42mm because when you buzz focus in slow motion, it stays out of focus just that much longer.  By the day’s end however, we weren’t thrilled with our shots, as they just didn’t feel dynamic enough without camera movement.  So on day two we gave the camera to Mauricio to operate.  He’s a skater, so he was able to ride his board alongside the skaters or toward them as we shot.  To deal with focus we worked with the skaters to pick points on the bowl or ramp where they would do their trick, and then measured focus to that point, and pre-set the lens to be focused there.  We also cranked the ISO on the camera to 800 (it can go to 1600, but we decided to not max it out) and stopped down the lens as much as possible.  The only variable was Mauricio’s timing, but fortunately he was spot on.

In the end, we came away with some good shots, mostly thanks to the skill of the skater we were working with.  The lesson learned for us was that camera motion is just as important in hi-speed as it is at normal frame rates.  A static camera is a boring camera.  Don’t get me wrong there is a place for locked-off shots in filmmaking, but movement really brings things to life.  This is where the TS3Cine excels.  Because it is so small and light it’s easy to add movement to your shots, just with movement on skateboard or with your arms.  Keep in mind that when shooting hi-speed you have to move the camera quickly so that the movement registers when played back.

Jon: One of the things I like about the TS3Cine is that you have the ability to shoot a RAW DNG image sequences much like the Blackmagic Cinema Camera. This gives you tremendous ability to adjust exposure settings in post production. While the monitor of the TS3Cine is very large, it can be difficult to see in direct sunlight and during our run and gun shoot, so some of our shots where not properly exposed. The RAW image is much more forgiving and I was able to pull down highlights or pull up shadows to achieve proper exposures. This luxury wouldn’t be possible if we shot to the.AVI codec within the TS3Cine. 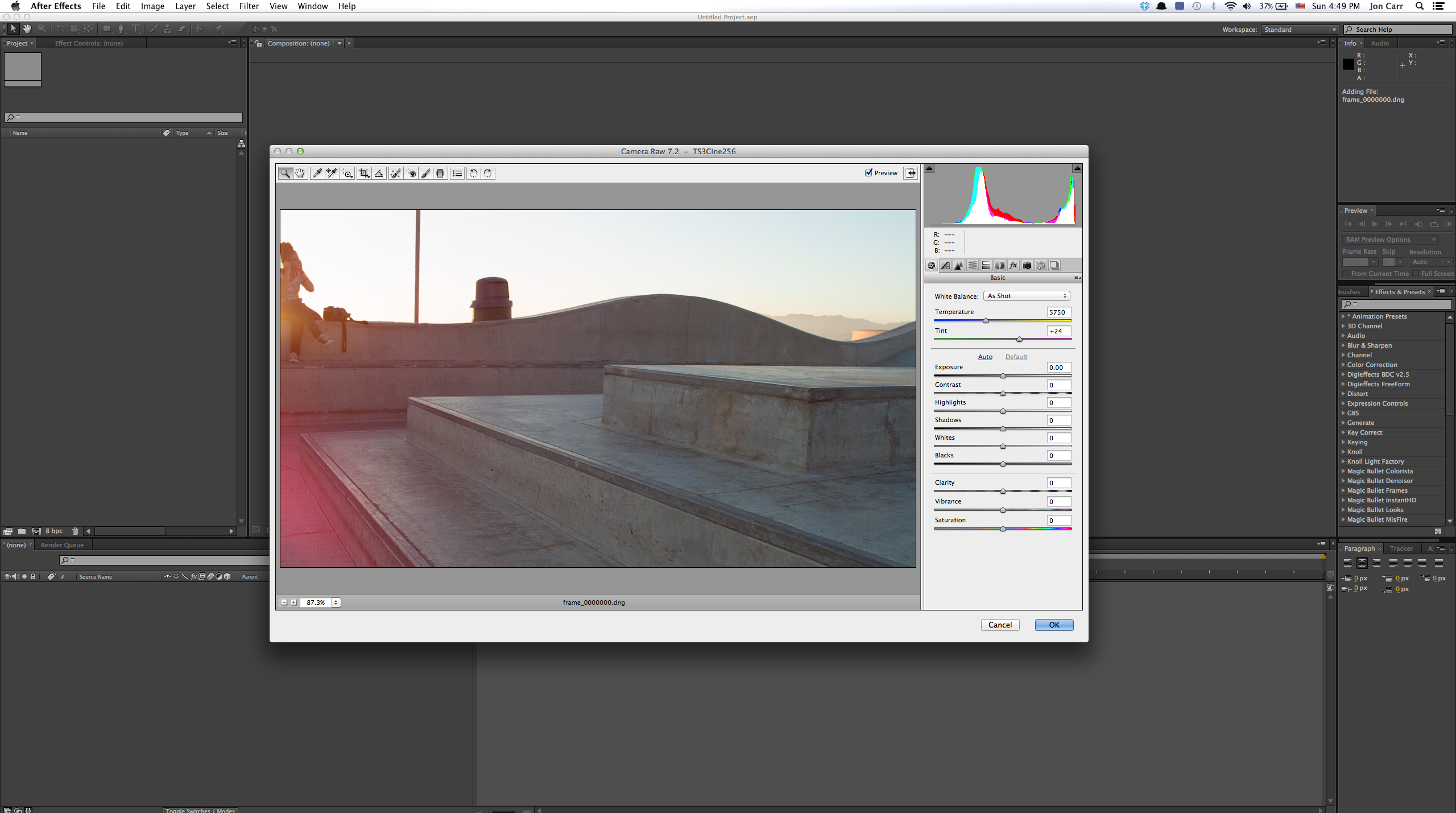 I used After Effect CS6 to process all of the RAW files. My technique is to import the RAW image sequence which brings up the RAW camera dialogue box within AE. I like to think the RAW camera dialogue provides the same set of controls minus the sexy packaging of Adobe Lightroom. This is also a very similar workflow for RED when jumping into REDCINE-X Pro to process .R3D files.
In the RAW camera dialogue you have the ability to adjust white balance and exposure. You can add simulated grad filters, crop, straighten, and even perform spot removal. It’s a versatile tool to optimize your image sequence and the reason I prefer to use AE.
Once I have the image looking good, I then interpret the footage by right clicking the footage in the project window. I select interpret footage and make sure the frame rate is set at the desired setting. Most often I use 23.976 but the default AE settings are usually 30p which will cause your image sequence to render improperly. You have the ability to change this default frame rate in the AE preferences. The final step is to option click the project settings to cycle the working space to a minimum of 16 bpc. This will help eliminate banding that can occur in areas of gradation in colors. 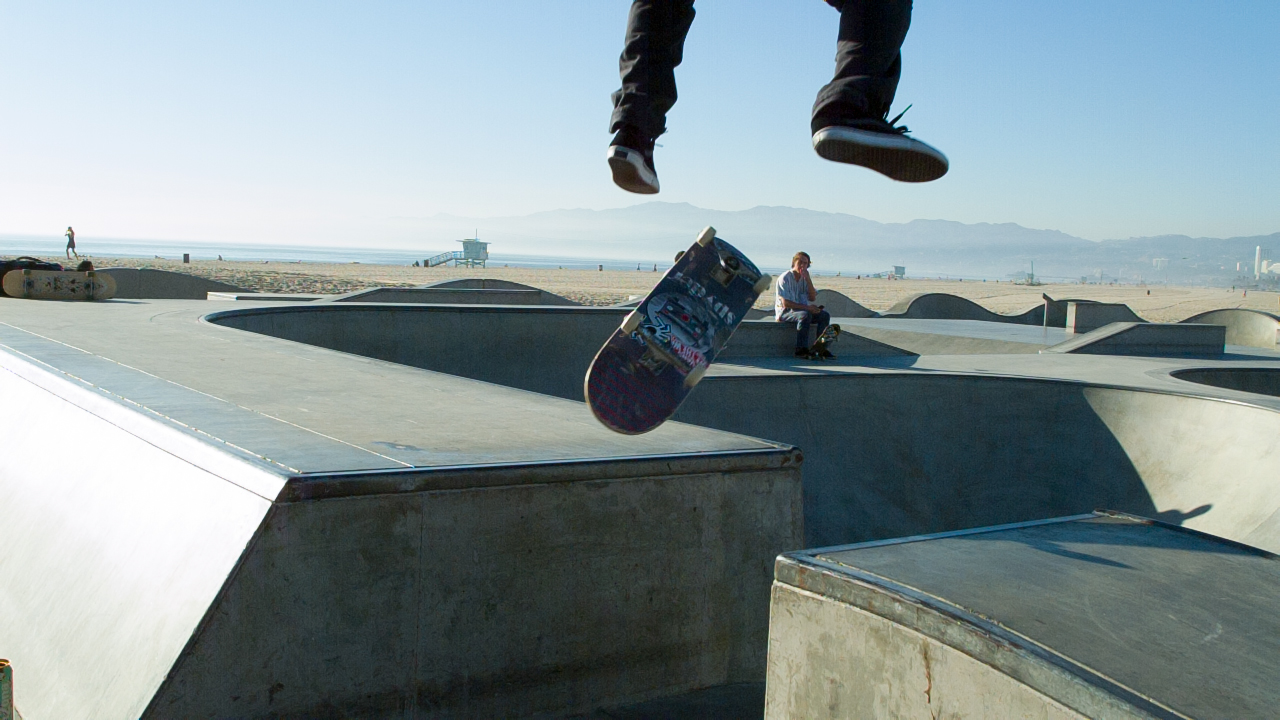 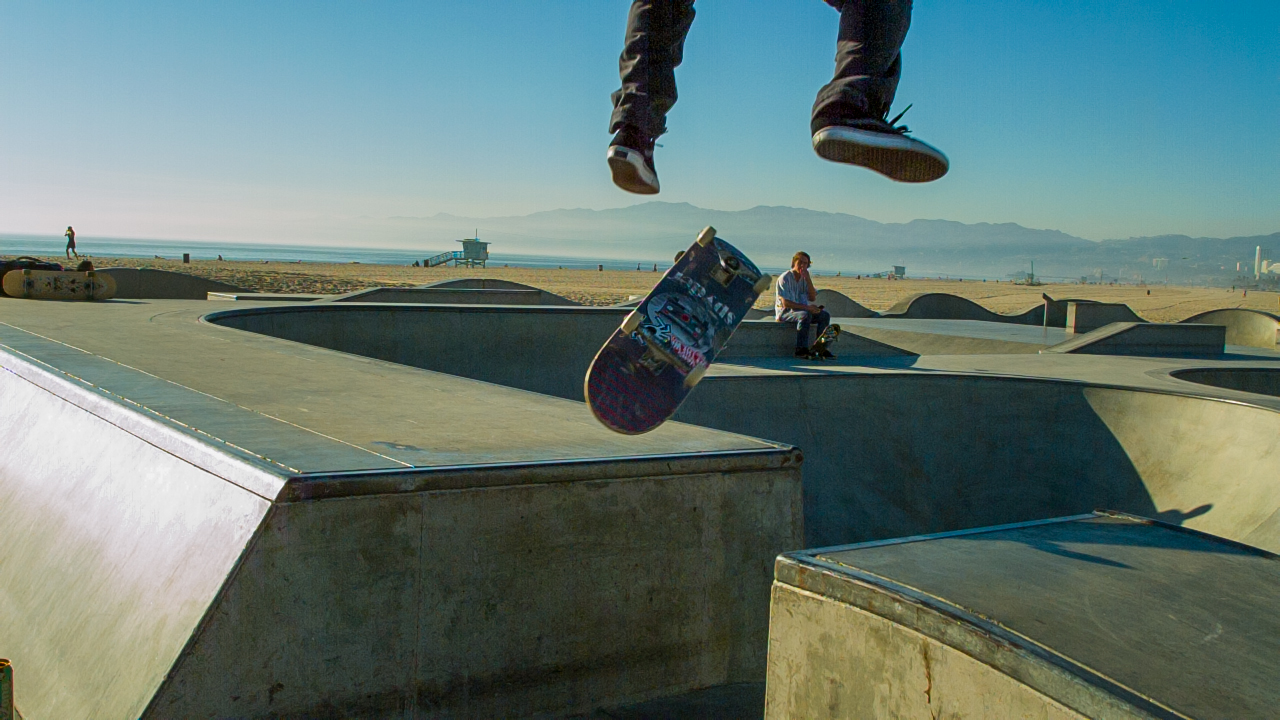 After (Click for FULL RES)
Finally, I drag the image sequence to the create a new composition icon. This creates the composition in the timeline. I set the beginning and end to select the duration of the clip I would like to render by using the B and N keys. I then render out a Prores 422 Quicktime file using the Render Queue. This workflow is more time consuming and it I believe it would be much faster running this image sequence through DaVinci Resolve but I have yet to test the TS3 files within a Resolve workflow mainly because I need to update my graphics card to properly run Resolve 9. When working with a small number of clips, the AE workflow is very manageable but if I had many clips I would probably go the Resolve route.
As Cinema DNG becomes more common with cameras like the Blackmagic Cinema Camera, I look forward to native support with easier workflows that are sure to develop in the near future for our favorite Nonlinear Editing packages. Once you get a taste for the advantages of the RAW files it is tough to go back to a more compressed format.
Justin is a filmmaker, shooter and producer based in Santa Monica.  Follow him on Twitter @justinphamilton
Jon is a film maker, editor, and post production specialist based in Los Angeles. For more information please visit www.joncarrpro.com or @jon_carr
For Rental and Purchase information regarding the TS3Cine, check out Rule Boston Camera.
Logging In...