Open Invitation To The Opening of “AIR” at the Fahey Klein Gallery, December 10th in LA 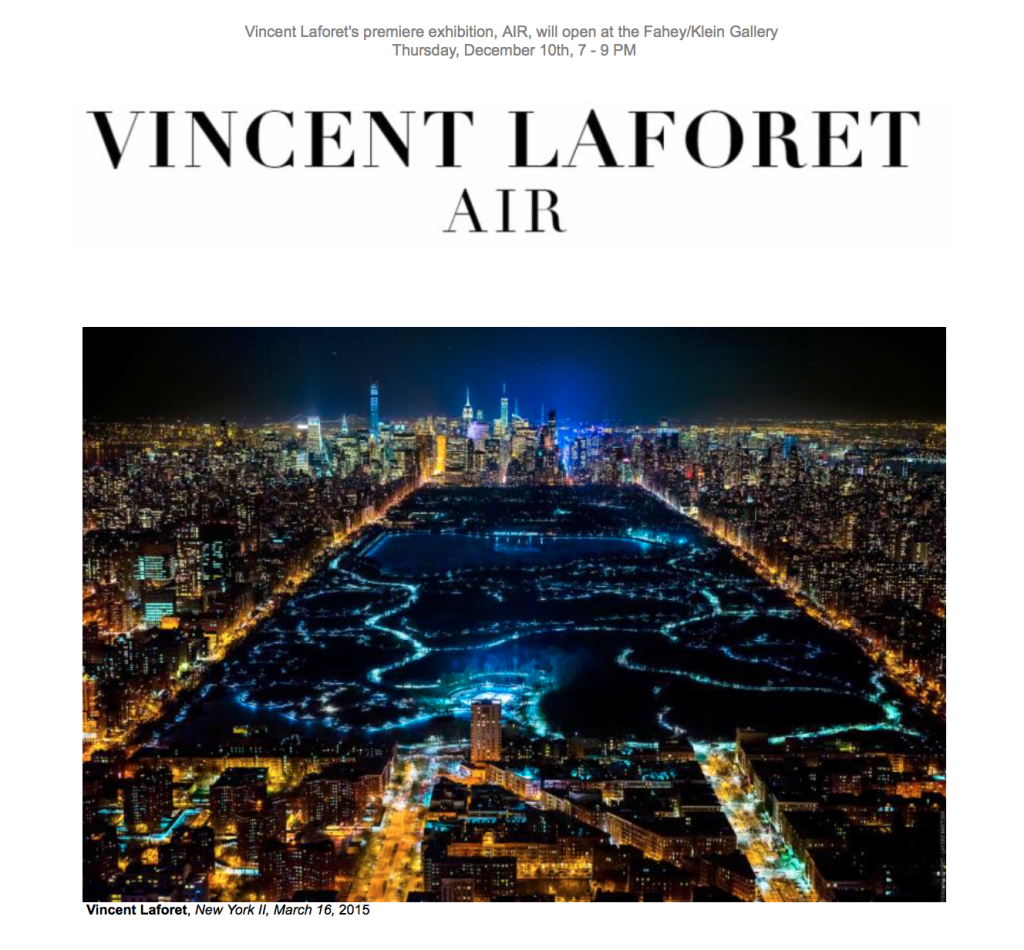 This has been and continues to be a HUGE few days for me and for AIR. We’ve just shipped the first 1600 signed books (all pre-orders were signed, see below for what kind of daunting task that was – there are only about 800 in the picture below!).  And all current orders have shipped as of today.   If you order a book as of now, it will ship on the same day.

This week is the launch of my first solo gallery show at the Fahey Klein Gallery in Los Angeles – this Thursday actually.

In the very earliest days of conceiving what Project AIR was going to be about, I wanted to offer up the chance for those who were interested to see prints from the project. A month or so after our second series of flights, we came up with this idea for a gallery show at the end of the project and put this in our project proposal document. Little did I know, less than a year later, this would actually be a full blown reality.

As photographers and visual artists, for many of us, it remains something of an (increasingly) elusive dream to have our work displayed on a gallery wall somewhere.   While I’ve sold fine art prints for years independently, this is something different entirely – it’s a HUGE honor to have the AIR images represented by the Fahey Klein Gallery in LA.

Fahey Klein is hugely respected in the field of photographers in it’s roster, including some of my photographic heroes, like Cartier-Bresson, Elliott Erwitt, Neil Leifer, Annie Leibowitz and Irving Penn to name just a few. It’s incredible and humbling to be represented amongst such greats, and to be shown on the same walls as some of these masters of the craft. While the prints are still being hung and arranged, you can get a sense of the space from a past exhibition below. 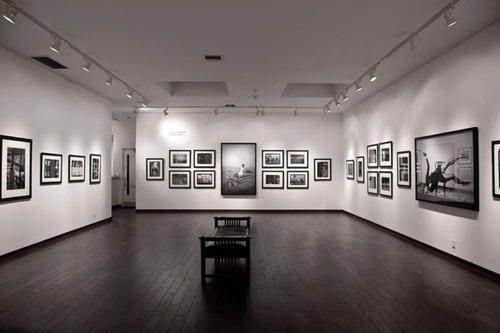 The exhibition opening night runs on December 10th, from 7-9pm and if you’re in the area please come join me at the gallery. Feel free to come down and bring your friends, we’ll have large AIR prints up on the wall and would be great if you could stop in and say hi.

If you can’t make the opening, the prints will be up all through January 2016, so do try and stop in and let me know what you think – seeing the images in the book, a lithograph or online is one thing, but seeing them printed and hung on the wall is another world entirely!

For those that can make it, the details are:

The press release with the full details is below:

The Fahey/Klein Gallery is pleased to present, AIR, the inaugural exhibition of work by contemporary photographer Vincent Laforet. The exhibition shares its name with the title of Laforet’s newly released publication, which showcases ten cities photographed from the air. The cities in Laforet’s series, New York, Chicago, Los Angeles, Las Vegas, Berlin, London, Miami, San Francisco, Barcelona, and Sydney, are composed of vastly different color patterns and grids, each landscape subtly revealing much of the city’s own architectural and socioeconomic history. Laforet deftly photographs these cities from a helicopter at extraordinary altitudes, ranging from 5,000 to 12,000 feet (helicopters typically fly between 500 and 1,500 feet). Coupled with Laforet’s own technical expertise, the stunning clarity and sharpness he is able to capture was only possible until very recent advancements in camera sensor technology.

Before Laforet begins shooting, there is extensive planning that he and his team must undergo to prepare. Laforet uses modern mapping software to “pre-visualize” each city’s unique patterns. Because Laforet is photographing at such unusually high altitudes, for every city, he and his team of logistic coordinators create detailed flight patterns that must be submitted and approved weeks before each flight. In certain instances, other air traffic must be diverted entirely in order for Laforet to fly so high over desired sections of the city.

Laforet’s AIR quite literally reveals a vantage point not seen before. From these extreme heights, patterns, grids, and other aerial perspectives are revealed. These complex and dense cities are transformed to abstract and beautiful concentrations of lights—from modern blue LEDs, warm yellow Tungsten, and green Florescent lights. Dense and sprawling cities become compositions of light, delicately connected and stretching into darkness. These incredible images also have a temporal and fleeting aspect to them. As cities modernize, and the urban lighting grids evolve and become more efficient, the array of colors—blues, greens, oranges, yellows, purples and pinks—will largely disappear and over time, the cities’ light will become uniform.

As Laforet summarizes in the epilogue of AIR, “We must continue to discuss and evaluate how we illuminate our cities more efficiently and responsibly as we move into the future. But what I encounter when I photograph these metropolitan wonders from the sky is not just waves of misdirected photons. What I sense, as I hang out of an open helicopter door thousands of feet up, is the energy, the passion, the aspirations, and the potential of those who live in the city below: the human energy.”

Born in Switzerland, Vincent Laforet is a French American Photographer. In 2002, Laforet shared the Pulitzer Prize for Feature Photography as a member of The New York Times staff’s overseas coverage of post 9/11 events. That same year, PDN also named Laforet as one of the “30 Photographers Under 30 to Watch” and in 2005 American Photo Magazine recognized him as one of the “100 Most Influential People in Photography. Laforet serves as consultant to companies such as Apple, Adobe, Carl Zeiss, Leica, Canon, Bogen, Lexar, and X-Rite. His commercial directorial clients include Apple, Nike, General Electric and Canon. He has been on assignment for Vanity Fair, The New York Times Magazine, National Geographic, Sports Illustrated, Time, Newsweek and Life. Vincent Laforet lives and works in Los Angeles and New York.