If there was ONE lens that “made the difference” for me this year, it was the Canon f4 11-24mm super wide zoom.

When I first got my hands on the lens early this year, I was intrigued as to what sort of images it would produce, but it’s 3.5+ lbs of weight and maximum aperture of f4 didn’t have me overly excited with it’s potential for shooting night time aerials.   I’m also (generally) not a fan of lenses wider than 24 mm as a general rule, and especially nothing wider than a 15mm due of distortion.   As they say, first impressions can be deceiving…

I certainly didn’t account for it becoming an absolutely ESSENTIAL piece of gear for me on Project AIR, which – as most of you know – was a project largely shot at night (where fast glass with wide apertures and lightweight gear design play essential roles in the gear that we chose to bring up in the air).   Since getting the lens, I must have shot somewhere in the region of 10,000+ images with it, a fairly decent amount to get a good sense of what it can do,  and I can quite honestly say it has easily become one of my favorite lenses Canon has ever made and most notably in terms of how detailed and sharp the images are that come off of this lens.

While I can’t share all the images I would like to that I shot with the lens now (many of them have made it into the upcoming book of the project so can’t be shared just yet), I want to break down why this lens became so useful to me this year.

The versatility of the lens is wonderful – you can get these beautiful, epic, wide establishing shots at 11mm, through to normal wide shots at 24mm – great for both stills photographers and filmmakers looking for excellent options in a single wide angle lens.    I think this lens will become EXTREMELY popular with filmmakers actually.

The build quality is also incredible and it’s extremely solid to handle and use. The zoom ring has excellent, consistent pressure throughout the range, focus is fast and accurate and the design of the optics is really impressive, avoiding barrel distortion which is typically seen in super wide zooms and with edge to edge sharpness and illumination with minimal chromatic aberration. 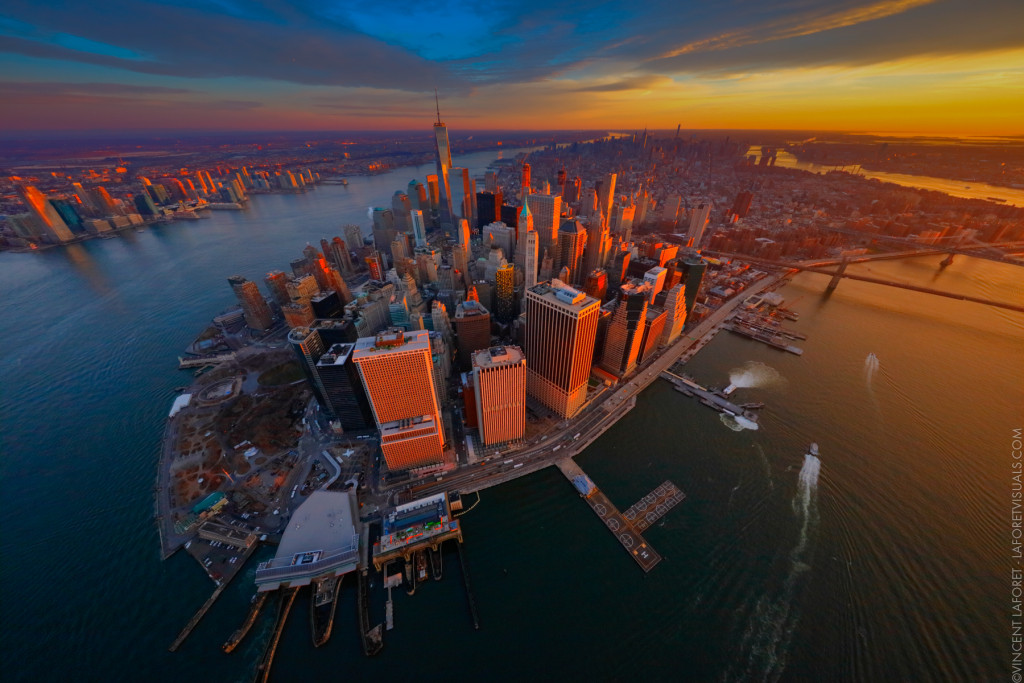 For Project Air, the 11-24mm focal range for my 5DS became a great pairing. Much of my stills work has been at high altitudes (sometimes as much as 11,000 ft above the ground), and capturing the vast, wide, open expanses of the cities below with this lens has been a true joy. Even at a maximum aperture of f4, I was still able to push ISO and keep shutter speeds high enough to get clean images like these (which were actually captured just at sunrise, so with not a great deal of ambient light) with no motion blur.   This lens allowed me to capture views of cities I’ve seldom seen before – in large part likely due to the fact that sharp 11 mm lens are extremely rare in the photography world.

Dave Geffin my BTS video / photo shooter on AIR often found using the 11-24mm at night on the C300 quite acceptable, pushing ISO to still get clean stills and video work with the lens at f4. A few example shots below of our flight at dusk over Barcelona, which he shot with a 5D Mk3.   You can see perspectives and field of views from inside the helicopter cockpit that are relatively rare, and truly “open up” a tight space. 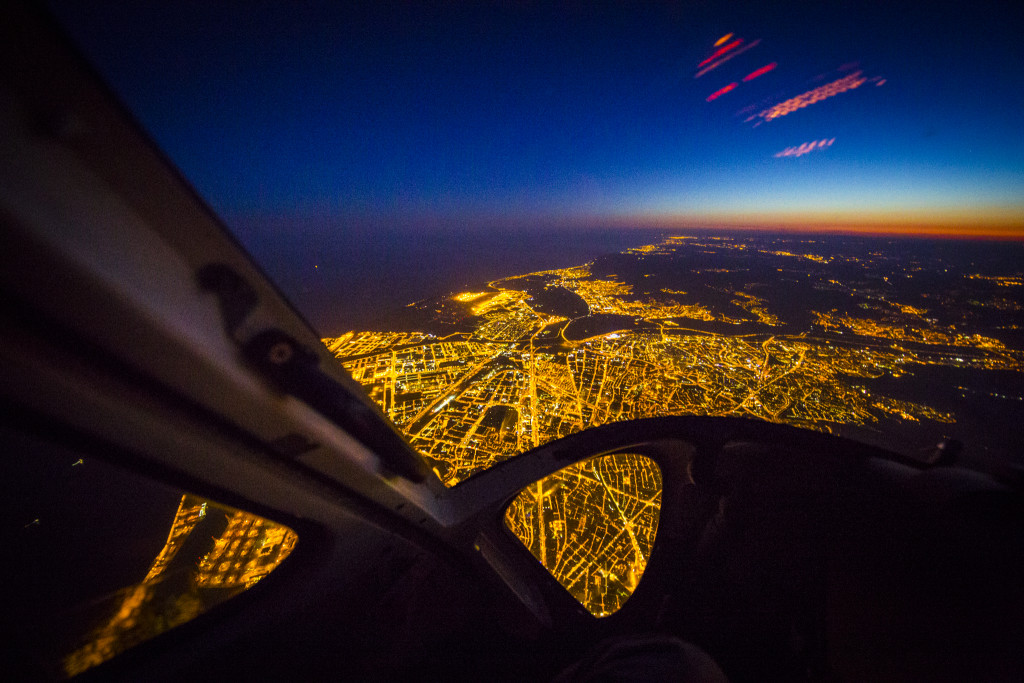 The 11-24mm is great for filmmakers too. You can see the lens in action for most of the first 60 seconds of this GTech workflow video we shot where David used the 11-24mm inside the helicopter hangar in Barcelona to get a variety of shots I wanted to detail in our workflow process.

So is the lens worth the price? For me the answer is a clear “yes”. If build quality (and durability during travel) and outstanding optics are what you want, AND if the focal range of 11-24mm (on a full frame) is what you need, you simply can’t go wrong with it.    Action/Adventure, Sports, and Nature photographers will have little excuse to not have this lens as part of their kit.

For myself and my team, this lens literally delivered content for Project AIR that other lenses simple wouldn’t have been able to provide. The super wide focal range and notably the optical quality were what won me over immediately. With minimal barrel distortion and the edge to edge sharpness and great illumination in the corners, you’ll understand why this lens has made it’s way firmly into my go-to selection.

I used to say that the two “go to” lenses any photographer should have were the 24~70mm 2.8 II and 70~200mm 2.8 II – and that they could literally travel the world with JUST those two lenses and capture almost anything.    The 11-24mm is now the final piece to that puzzle, with those three zoom lenses you’re pretty much set to capture the world.

If you’re not sure, I highly recommend taking the lens for a test drive, and seeing what the fuss is about!

A few more tech specs and details below: 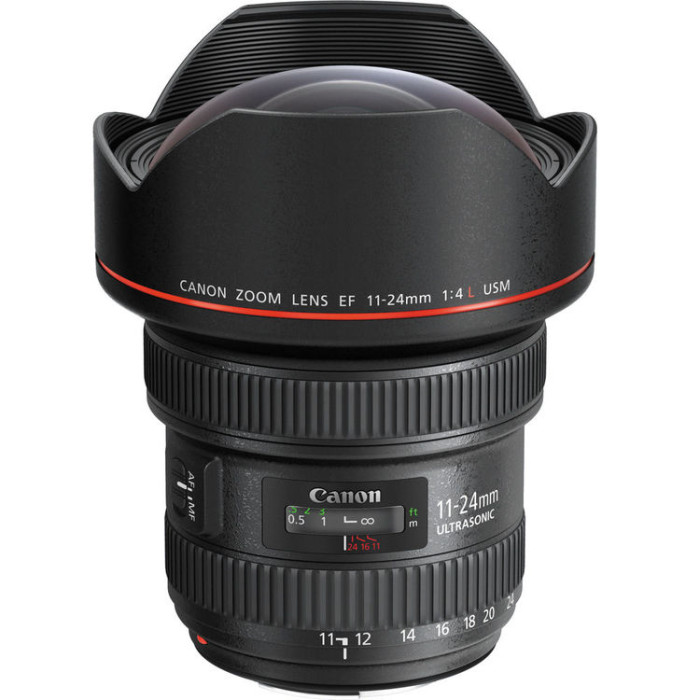 A truly versatile wide-angle zoom featuring an advanced optical design and constant f/4 maximum aperture, the Canon EF 11-24mm f/4L USM Lens is a member of the esteemed L-series of lenses designed for full-frame EOS DSLRs. One Super UD element and one UD element offer a significant reduction in chromatic aberrations while four aspherical elements help to minimize distortions throughout the zoom range and provide consistent edge-to-edge sharpness and illumination. Both SWC and ASC coatings have been applied to the elements in order to reduce lens flare and ghosting for increased contrast and color accuracy. Ideally suited for landscape and architectural photography, this lens covers ultra-wide to wide-angle perspectives and backs up its versatile zoom range with sophisticated optical components and intuitive handling.

Rent from Lens Pro To Go