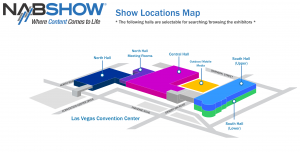 Every year there’s ONE event I try not to miss: the NAB Show in Las Vegas where you’ll find EVERY single video accessory all the way up to full sized helicopters inside the convention center.     It’s one of the largest conventions of the year in Vegas.

I’m also very excited to help introduce a piece of camera equipment that I think clearly deserves being called a "game changer."

Nearly five years ago I posted a blog post titled "Something Very Interesting is coming to this blog…and to our industry" – and that was the post that was the precursor to my launch of "Reverie" the first video every shot by the Canon 5D MKII.   And we all know what happened next with the explosion of the Canon 5D MKII and how that affected our market.

From the moment I laid my eyes on the Canon 5D MKII I knew there was incredible potential almost immediately.  I often say that "the bulb didn’t just go off over my head  it exploded."

I feel the same way about the device that I shot with a few weeks ago – and haven’t felt that way about ANYTHING I’ve seen or shot with since the Canon 5D MKII (The RED Epic is close – the only reason it didn’t make the list was due to the fact that it’s simply not affordable to the amateur market.)   And that’s why I’ve chosen to to repeat the same blog title for only the second time in nearly 5 years for this launch…

We plan to launch a short video this week on this blog prior to NAB – so stay tuned.  We’ll launch a Behind the Scenes video shortly after.   I really don’t want to oversell this new piece of technology – but I really can’t help but imagine a hundred ways it will affect the way filmmakers approach their shooting,  regardless of their budget,  in such a "game changing" way.    To be fair this new device won’t be as affordable as the Canon 5D MKII was – but once you understand what it does, you’ll see it will pay for itself in days relative to what other things it replaces and how it can fundamentally change the way you shoot.

(But one important HINT:  It’s NOT a camera… which makes it very interesting to thing:  what could make almost EVERY film maker out there interested in this new technology, regardless of what they shoot, regardless of budget… that’s NOT a camera. And yes while I realize I’m posting this on April 1, this is absolutely not an April Fool’s joke.)

Now back to NAB:

There are many reasons that I love to go:  You get to see all of the cutting edge technology there (and it often gives you great ideas for potential shoots or uses that you otherwise would never come up with – because you might not have had the chance to see the gear in person let alone test it live…)

But the number one reason I go:  almost all of my friends in the video/film/commercial business are there!  And it’s a party.  I’ve made many long-term friendships and professionally fruitful acquaintances there.  It’s lead to a tremendous amount of future collaboration!

Here’s my schedule for the week if you plan on being there: