Fair Warning to Photographers out there: Livebooks appears to be in serious trouble… 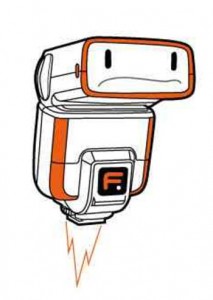 I don’t want to be alarmist and I actually have been unable to confirm anything officially through LiveBooks themselves – but not for a lack of trying – but the news seems to be pretty dire for one of the largest photographer portfolio site builders LiveBooks at this time.

IMPORTANT UPDATE – LiveBooks has been acquired by WeddingWire Inc.

Personally, I hope people I know there still have jobs.   But one month of silence isn’t really a good start – hope things get better from here.  Things happen and companies go through change.  But keeping people in the dark is rarely the way to go – regardless of financial / legal restrictions that one can assume were in place during this acquisition .  It reflects poorly on the management on both sides and hopefully they will find a way to make it up to the community.

An apology would be a good place to start, as opposed to pretending nothing happened and adopting an overly positive attitude.  That’s my two cents anyway.   This press release was sent 5 hours after this blog post – hopefully a coincidence.  But it should not have come to that, as others have been complaining loudly for more than 30 days and largely ignored by LiveBooks customer service and WeddingWire management.   I believe in giving everyone a chance, and at times a second chance – but I also believe in studying people’s (or companies’) past actions to predict their future moves… I hope to be be proven wrong here because many good people worked very hard to make LiveBooks become what it is.

To find out more about WeddingWire click here.  – Vincent Laforet

To be clear: there is no official announcement that anything is wrong from LiveBooks.  (There is a growing rumor that they are in the process of being sold/purchased/acquired by someone else… ergo the awkward silence and still not the way to treat your customers IMO [keeping them in the dark.]  I heard about this earlier but only from one source and didn’t want to put that in here – but now I’m hearing it from several independent sources.)

IMPORTANT UPDATE:  Unofficial comment from Andy Patrick – in the comment section:  "Hey everyone… we’ve been waiting on final news so as to be able to tell everyone. It happened this morning and it is GREAT NEWS. A press release will be issued very soon. All is well, the team is coming back in force…. stay tuned. Thanks Vincent… please don’t be alarmed."

But,  the news I’m hearing from enough knowledgeable sources in the business is that they are without CEO, and that there is no longer any staff in the USA – only a few staffers left overseas.   The CEO Andy Patrick took LiveBooks off of his LinkedIn Page and then put it back… none of the former employees I know have LiveBooks listed on their LinkedIn Profiles anymore…   No one has heard a single word, response or pretty much anything for more than a month now.   It would appear that the entire US part of the business is shut down.

There have been several threads out there about problems with Livebooks partner Fotomoto (which according to their site is DOWN) one of the companies they recently acquired and those anecdotes are quite alarming.   Apparently payments are being processed for the monthly service, but sales aren’t being put through and the interface to CANCEL your account has been disabled… so people are having to call their credit card companies to block payment… and some have no way of getting paid for their sales either.

I’ve been a LiveBooks customer for 7 years and have a lot of friends who work there.   I hope I’m mistaken, but I wouldn’t be writing this if I thought there was a good chance that I was of course.

For all of those of you who’ve put in dozens of hours into creating your sites – you might want to take some defensive measure in case anything drastic were to happen – such as the servers shutting down with little notice.  Some of you may remember the Digital Railroad fiasco a few years back where they gave all of their customers very little time to download their data off of their servers resulting in panic as people pounded the servers and got horrible download throughput as a result…

What worries me the most is the total lack of response from LiveBooks.   Their last tweet was June 4th.   Dead silence since.   There’s no one to reach over there either.  No response.  So we’re left to speculate openly which is not something I like to do at all.  I’m frankly uncomfortable with it – but in this case a lot of photographers stand to get really hurt if LiveBooks were to suddenly shut down their servers.

If you’re looking for recommendations for where to go next I’ll share three with you – all people I know and have worked before and can recommend without reservation:

APhotofolio is currently my main site.   Rob Haggart from APhotoeditor started this business years ago and it has grown to the point of being a main competitor to Livebooks.   It’s relatively easy to start a site, there’s a highly elegant set of designs, it works on the web and on iOS and portable devices and is HTML-5 based.    The customer service is TOP NOTCH.

Another service is Photoshelter’s new Beam.   It’s still in Beta but I know the people there too and while I haven’t tried the service yet,  it does look quite elegant as well and has some VERY nice features – and I have no hesitation recommending the crew there as I’ve known for more than seven years.

Lastly you can also check out my friends at NeonSky.   They offer standard templates as with the companies above and they also do some fantastic custom sites.    They are an absolute pleasure to work with, highly creative.   If you want a custom site keep in mind that that usually translates into taking a bit more time to create an original design of course – which is what many of you may want.

I honestly can’t recommend one over the other right now – because I’ve worked with all 3 companies and have and have had sites with all 3 services   I trust you will take the time to check each of their services out and see what suits your needs the best!

If I’m wrong LiveBooks – PLEASE TELL US LiveBooks!    Or at least put a press release out or official announcement / update.