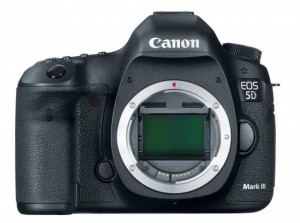 I obviously didn’t choose to thrown my hat into the ring in the quest to shoot a sequel to Reverie for the launch of this camera – and that is due to four main reasons:

1.  I find it foolish to mess with a good thing…

2. The specs on this camera don’t necessarily warrant it.

4. I thought that the Canon C300 was a bigger leap forward – and therefore chose to throw my hat in the ring to shoot  "Mobius" just a few months ago for the Hollywood launch of Canon’s Cinema EOS line at Paramount in Hollywood.  Canon’s move into the cinema market was a much bigger development in my book – pretty spectacular given how quickly it happened, following the MKII’s launch a few years earlier.    The C300 is in effect the Canon 5D MKII all grown up – but a pure video camera (not a still camera.)

To be frank, this camera has a few minor (but quite important to higher end users) upgrades to it’s little brother.    There are in effect a lot of SMALL yet very IMPORTANT changes that will have a significant impact on those using this camera in actual PRODUCTIONS.

BUT you’ll get 720p out during record given the new processor – which is going to be reason enough for many to upgrade to the body for production.

There are also two versions of timecode included in camera that will be very welcome to most – although it’s not the production type of timecode that some will need.   Nonetheless – it will work given how we’ve figured out to get around these issues over the past 3+ years now.

You can now also shoot close to 30 minutes of video/interviews straight (w/ 3 separate clips that are stitched together) as opposed to the very annoying 12 minute clips of its predecessor.

A headphone jack is well.. welcome.    You can also now manually control the audio… so many of the "issues" with the 5D MKII have been fixed – although I’m not convinced the moire/aliasing will be eliminated based on my experience with the 1Dx.   Canon however is claiming it will be significantly improved – and I’m rooting for them to be right! Here’s a sample video that seems to confirm this nicely. 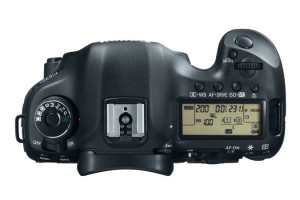 I am also guessing that the jello will be improved as well given the faster DIGIC processor.

It’s still the same AVC H.264 codec, but compression choices are ALL-I intraframe or IPB interframe (every frame stands for itself. Better for editing) with embedded FreeRun or RecRun timecodes. This is nice. Can it by synced externally? It seems so: "SMPTE timecode support provides greater editing flexibility and easier integration into multi-camera shoots."
As we know this codec should boast a nicer quality than what we’re used to from the Canon HDSLR’s (and others for that matter).

Here is one of the two sample videos I’ve seen so far – the aliasing looks to be close to a non-factor – but jello is still there – hard to tell how improved it is vs. 5DMKII but it has to be better IMO given faster processor:

A bit underwhelming for some?  Sure.   But this now becomes the camera of choice for HDSLR videography in my book – this is still one of the largest sensors in the world with incredible color – and now one of the best performing low light sensors in the world as well – it’s important not to lose sight of that fact.   The 5D MKII was worthy of being called a "game changer" after all… and it’s hard to fill those shoes.

For still photographers – the higher motor drive FPS are welcome – as well as a much needed and far superior AF system.   This AF system is LIGHTYEARS ahead of the 5D MKII when you consider that the MKII had the SAME AF sensor as the original 5D (meaning it’s almost 8 years old!)   And one notable key still feature which could be HUGE (finally they added this feature!!!) The EOS 5D Mark III camera features a built-in HDR mode, merging three images at various exposure levels into a single image, in-camera, This would be my camera of choice to travel the world as a still photographer.

So for most of you, there’s likely no need to hide your 5D MKII as being an antiquated camera – it’s still a player.

If anything- this will be a great opportunity to pick up a 5D MKII for a much more affordable price now that its big brother is out.

I will have a hard time recommending the 7D or 60D to anyone from now on (although the 5D MKII will likely not drop "that" much in price.)

For high end users and rental houses – I think the bells and whistles on this camera are worth the upgrade.   The 720p out during record alone will justify the upgrade. 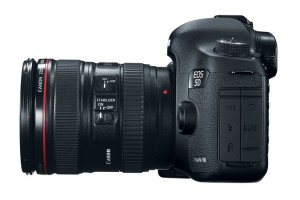 I myself:  would go for the C300 given my penchant for video over stills at this point in my career …  So if you’ve been waiting for the next Canon HDSLR you may want to go for the MKIII … or perhaps…. wait to see what Canon was referring to when they announced  that EOS Concept camera back on November 3rd…. this certainly doesn’t seem to be the camera they were hinting at now does it?   But there’s not telling when that camera will be announced or what it will offer… so it’s back to the guessing / waiting game for most of us…

Below you’ll find and oldie but a goody – the first high definition video ever shot with an HDSLR – 3 and a half years ago… my how time flies!   And what a wonderful mess the Canon 5D MKII and the video below started back then!!!

How much and when?

Digital Lens Optimizer works with 29 current lenses to correct abberration, distortion, etc. It looks up from a database to perform all kinds of digital tweaks to the lens. It even corrects for the effects of the OLPF cover glass. Body is magnesium alloy.

WFT-E7A wireless file transmitter for FTP, WFT. With EOS Utility, provides live view on a computer. The camera becomes its own server.